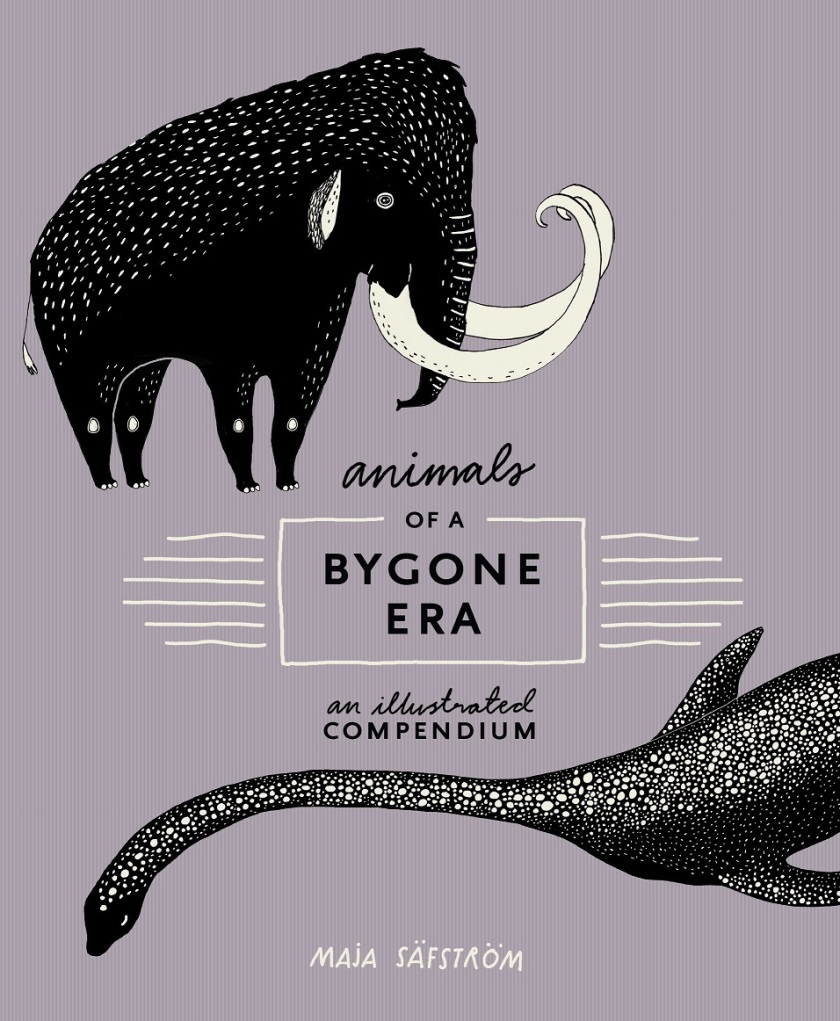 It’s pretty much passe at this point to remark on the unprecedented nature of 2020 as a year. Among the many events disrupted in my own personal life, we had to cancel a major family reunion we had planned for the summer in Minnesota, with nearly 300 members of my extended relatives set to attend. (To add to the disappointment, I had been chatting with acclaimed paleoartist Beth Zaiken, who expressed an openness to letting me tour Blue Rhino Studio near St. Paul during that time.) Given that this side of the family all descend from Swedish ancestors, I had intended to review Swedish author/illustrator Maja Säfström’s Animals of a Bygone Era in time for the reunion, and maybe bring along a few copies to hand out to interested cousins. Alas, when our plans fell through, it kinda took the wind out of my sails, but now I’ve finally decided to come back to it, hopefully just in time for any of you holiday stragglers to buy a last minute Christmas gift!

Maja Säfström’s Animals of a Bygone Era is a lovely little book full of stylized prehistoric creatures, rendered with whimsical charm in black and white patterns. The book aims to celebrate non-dinosaurian prehistoric life, with a broad variety of animals from every era of Earth’s history (though of course, the prehistoric birds featured do technically count as dinosaurs).

Säfström writes in an approachable, easy-going manner, distilling each creature to its most significant features. She frequently sprinkles in some humor onto the page as well, usually in the form of the animal in question delivering some amusing quip about itself.

I enjoy Säfström art style, which doesn’t sacrifice the identifiable features of the creatures she illustrates despite their highly stylized form. In terms of intent it rather reminds me of Davird and Jennie Orr’s Mammoth is Mopey in that regard, another book in the trend of paleoart that plays around with the middle ground between caricature and accuracy. As far as the actual style goes, I hope Maja won’t take offense if I compare it to the graphic designs on some IKEA home decor I’ve enjoyed (I certainly don’t mean it as a slight!).

I am quite fond of Maja Säfström’s Animals of a Bygone Era, and take joy in having added it to my collection. I’m sure all my readers will enjoy it too, and should that family reunion I mentioned get rescheduled for next year, I think I will definitely bring a few copies along. I highly recommend it, and so give Animals of a Bygone Era a satisfied Dino Dad Stomp of Approval!