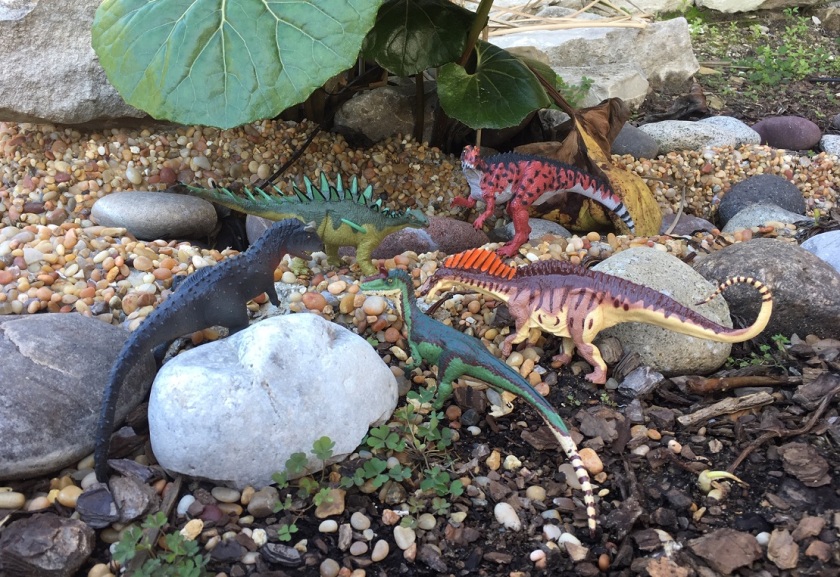 The Battat “Boston Museum of Science” line of dinosaur models holds a legendary status in the hearts of many dinosaur toy collectors. Sculpted by paleoartists Greg Wenzel and Dan La Russo, many considered these toys paleoart in their own right. Released in a limited run in the 1990s, original figures eventually started going for exorbitant prices on eBay. Imagine the joy of nerds like myself then when the company announced it would rerelease the line, with Dan La Russo returning to sculpt new figures, to boot!

While they had a robust initial revival, things quickly went awry for unknown reasons. Released as Target exclusives and poorly advertised, they did not reach their potential audience in as big a way as collectors hoped they would, and production seemed to stall. When asked on the Dinosaur Toy Blog forums why only half the line had thus far seen rerelease, Dan La Russo expressed frustration with the company’s plans, but was unable to give much detail. Sadly, he had a degenerative condition and passed away soon after. Without their creator to advocate for them, the line seemed like it was headed for a quiet, unremarkable death.

In the past few years, however, the company has seen odd signs of life. While over half the line still remains unreleased, distribution has since expanded to more retailers, especially online, first with Everything Dinosaur, and most recently Amazon. In addition, new articulated action figure versions of the models have seen release in stores, suggesting that Battat hasn’t completely abandoned development on their dinosaur line. Who knows, hopefully expanded distribution will boost sales and change their minds!

In any case, as I mentioned before, these models have recently shown up on Amazon, now sold in multi-packs rather than individually as in Target stores. The existing figures have been split into a 5-Pack of Battat Dinosaurs, a 4-Pack of Battat Dinosaurs, and a Tyrannosaurus & Acrocanthosaurus set. (The therizinosaur Nanshiungosaurus, sculpted by Dan for the revival series, is not included in any of the Amazon sets for some reason.)

Today’s review concerns the Battat Dinosaur 5-Pack. Although I had already purchased two of these models at Target, the set is currently on sale for only $10, whereas each individual figure retailed for at least $6 in brick and mortar stores! This was a deal I couldn’t pass up, and I figured as good an excuse as any to write up a review. The figures included in this set represent the sauropod Amargasaurus, the theropods Carnotaurus, Ceratosaurus, Cryolophosaurus, and the stegosaur Dacentrus. All five sculpts capture their subjects very well. It’s not for nothing that dinosaur toy collectors consider Battat one of the greats. I won’t go into too much detail about each individual species, since I’m looking more at the set overall, but I will link to each figure’s review on the Dinosaur Toy Blog if you’d like a more in depth look.

I really like the colors of the Amargasaurus. The sail between its neck spines is now considered unlikely by most researchers, as it likely would have restricted the motion of the neck too much, but it’s otherwise very nice. I think I may even prefer it to the old Carnegie Collection version, though since they are both about the same size, they do work nicely together as a male-female pair.

I like the subdued grey of the Carnotaurus, which allows its weird anatomy to get the spotlight. Unfortunately I think mine proves that Battat made the box they shipped it in too small. The legs and tail got somewhat warped in transit, and can no longer stand on its own, unlike the individual model I bought in-store. A quick bath in very warm water followed by some binding while it cools should hopefully allow me to shape it back into position though.

I love the Ceratosaurus. Its bright red pattern makes it look particularly dangerous, even with the mouth closed. I think it looks even better than the Safari version, even if it has to rely on a “tripod” pose rather than balance on two feet. The head of the Safari version has always looked a little too boxy too me, and the Battat version appears to more closely capture the shallower snout this dinosaur possessed.

I would have preferred to see the suggestion of feathers on the Antarctic theropod Cryolophosaurus rather than bare, scaly skin. While Antarctica was not completely isolated within the polar regions during its time, it still would have dealt with the long polar winters and likely even the occasional snowfall, despite the warmer early Jurassic climate. Like the Carnotaurus (though not quite to the same extent), the one I got in my set also got warped in transit, though the same treatment should fix it.

I was only mildly interested in the Dacentrus, as it look very similar to the Safari Ltd. Kentrosaurus I already own, and there’s a good chance it should have a longer neck. While it’s front half is poorly known, it was a close relative of the long-necked stegosaur Miragaia, and likely looked similar. It’s still a decent model though, and seeing as the Safari Ltd. Kentrosaurus has sadly been discontinued, this model is the next best thing.

The Battat Dinosaur 5-Pack is a great set, which gets you a lot of bang for your buck, even if you don’t happen to catch the same sale I took advantage of. I highly recommend purchasing this for yourself, especially since I’m hoping increased sales might convince management to reevaluate the production of the unreleased figures. It kills me to think I might never get the chance to own the gorgeous Ouranosaurus or Gastonia figures Dan DeLorusso had worked on! But whether or not that day ever comes, I am very satisfied with the figures I DO have, and give this set a hearty Dino Dad Stomp of Approval!

For more Dino Dad toy reviews, check out my takes on the Wild Past Protoceratops, CollectA Struthiomimus, and Safari Ltd. Prehistoric Sharks Toob. I also used some of my toys to compare various interpretations of different dinosaurs species, as well, in What’s On The Dino Dad’s Shelf?